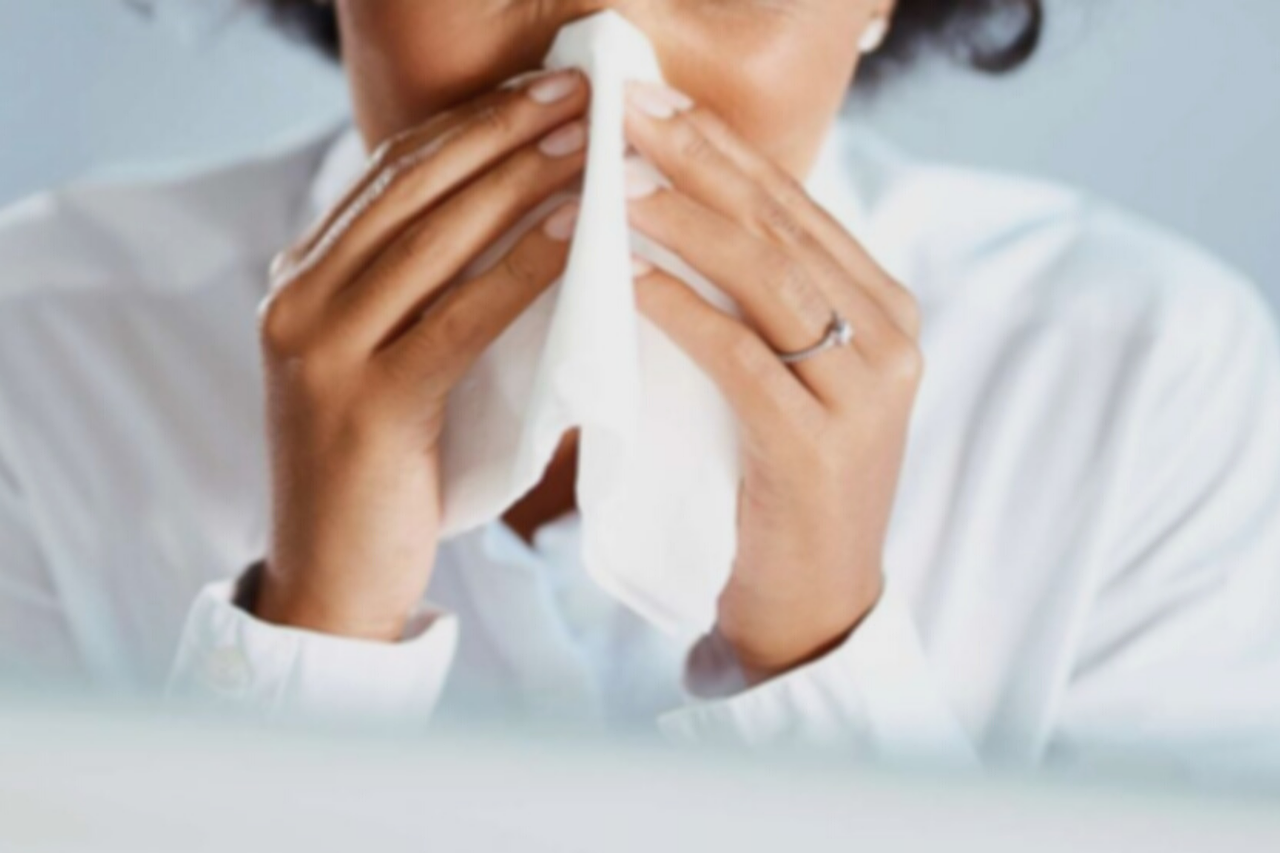 A runny, stuffy nose is often a hallmark of the common cold and symptoms of many respiratory illnesses. While these symptoms often show up together, they’re still two different symptoms.

What’s a runny nose, and what causes it?

Quite simply, a runny nose occurs because your sinuses are creating excess mucus. This excess mucus has to go somewhere, so it starts draining out through your nose, the back of your throat, or both. It has to go somewhere though! When it drains down the back of your throat it’s referred to as “postnasal drip” and can cause irritation leading to a sore throat.

Although the excess mucus is a good thing in that it’s your body’s way of removing irritants and other invaders, it’s not exactly pleasant. If the mucus isn’t able to drain then it can lead to congestion and even sinus infections, so it’s important to help your body clear itself of whatever is causing the excess mucus production.

What causes a stuffy nose?

That stuffy feeling is caused by swelling and inflammation in your nasal passages. The inflammation can be a result of any number of irritants including dust, pollen, smoke, heavy fragrances, mold, dander, etc., or it could be a symptom of an illness such as a cold, a sinus infection, or the flu.

It’s possible to treat your runny or stuffy nose at home with some simple remedies. A hot, steamy shower is a great way to help open up nasal passages and let things drain. You can also use saline rinses or sprays, which help flush the mucus out of your sinuses. Warm herbal teas can also be soothing. It’s important to make sure that you’re drinking plenty of fluids so that your body stays hydrated. However, if your symptoms don’t clear up in about a week or you start to run a fever, then it’s time to see a doctor. If you have any questions, you can always call us at 706-248-6860.