What's the deal with Stuffy Noses?

What's the deal with Stuffy Noses? 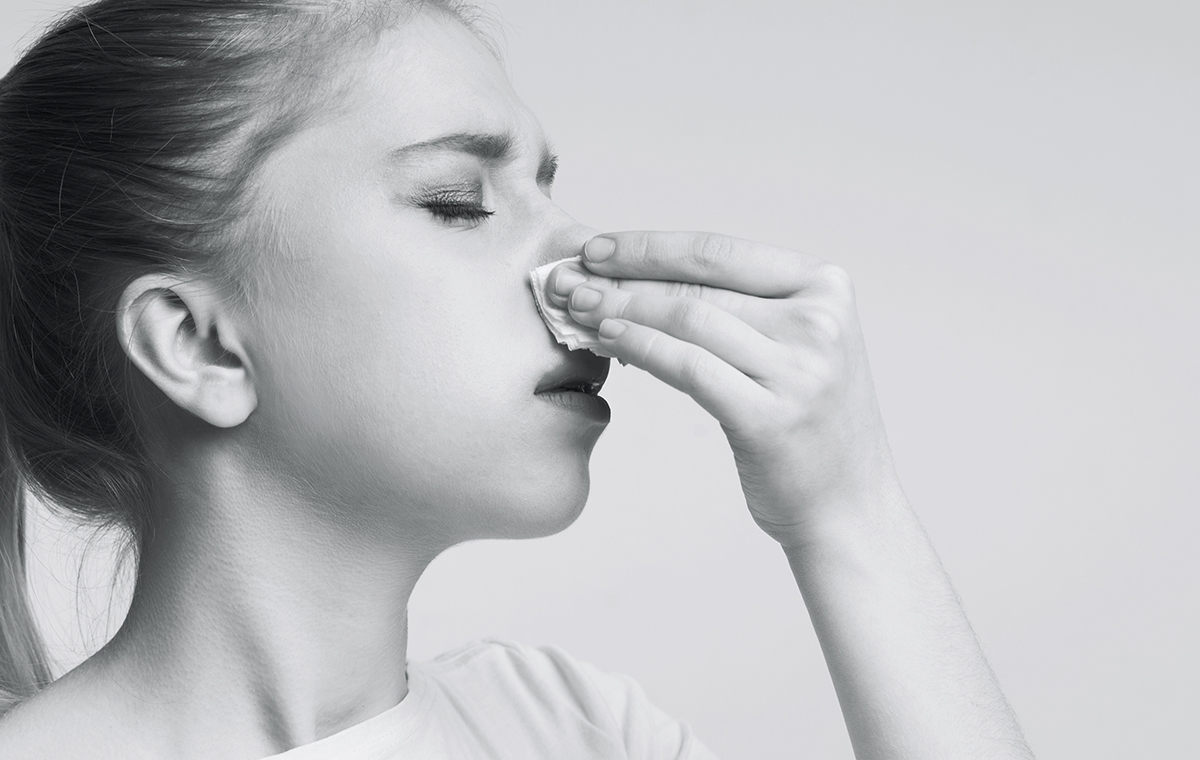 At this point in the year, it seems like everyone has a stuffy nose for one reason or another. So, what exactly is going on in your body when you get stopped up and it gets a little harder to breathe?

It’s more than just annoying and inconvenient when you can’t breathe properly through your nose. Medical experts, athletic trainers and yogis all agree that nose breathing is beneficial. The techniques and devices used to help us breathe better are many, from the yoga practice of Nadi Shodhanam (Alternate Nostril Breathing) to the Buteyko shallow breathing technique, from nasal strips to nostril-opening clips. When your nose is congested, because of cold or seasonal allergy or a malformation of the nasal passage, it’s more difficult to exercise, to sleep, and to concentrate on work or school.

When your nostrils are stuffy, what’s going on in there?

Let’s discuss three small areas of the nasal airway that can make the difference between unimpeded breathing and unrelieved congestion. They’re the septum, the nasal turbinates and the nasal valve.

What is the Septum?

The septum is an interior wall of cartridge that separates the two nostrils, located high in your nose, beneath the spot where the nose meets the eyes. The normal septum is straight, with the nasal passages running straight on either side, of similar size and unobstructed. Deviated septum is a curve, or deviation that restricts the flow of air on one side. Some deviations are complex, which can obstruct both nasal airways. This can occur as a congenital abnormality – something you’re born with – or as a result of injury. In some cases, the unequal flow of breath into the upper nasal passages can cause other obstructive conditions, including an enlarged nasal turbinate. In order to reach a clear diagnosis, a doctor many opt to slide a small camera into the nasal passage for a visual evaluation of the airway.

What are the Nasal Turbinates?

The turbinates are located on the inner walls of the nose on either side of the septum. They consist of a thin bony shelf surrounded by vascular soft tissue, lined with mucosa, like the rest of the inside of the nose. The blood vessels in the turbinates help to warm the air you inhale. These vessels swell and contract, enlarging or shrinking the turbinates, depending on the amount of blood flowing through them. Mucous glands in the lining help to moisturize the air in your nose. When irritated by infection, allergy, or uneven airflow, the enlarged turbinates can restrict airflow. Increased mucous production in this area is another reaction to inflammation.

What is the Nasal Valve?

The nasal valve is the narrowest part of the nasal airway. It’s located inside the lower to middle part of your nose, just 'upstream' from the flare of your nostrils. Because it is narrow, resistance to air flow is highest in the area of the nasal valve. Any extra restriction, because of excess tissue or swelling, can make it feel as if you're not getting enough breath. This air flow resistance can cause a visible narrowing or collapse on the outside of your nose.

How do I determine if my nasal valve is restricted?

There’s a simple self-diagnosis routine called Cottle’s Maneuver that can help you learn whether obstructed breathing is due to nasal valve collapse. Here’s how to do it:

Place the tips of one or two fingers on your cheeks on each side of your nose. Press and pull outward very gently to slightly open the nasal valve. If this helps you inhale more easily through your nose, the obstruction is likely to be in the nasal valve.

What should I do?

See a doctor, if persistent nasal congestion or blockage leads you to believe you have any of these conditions, or if you can breathe easier when performing Cottle’s maneuver. Your doctor will examine you and take a medical history on the way to making a detailed diagnosis. Once diagnosed, the doctor will help you decide what treatment is appropriate. If you are in the North Georgia area, give Ashford Clinic a call today!

Is it "Just Allergies?" Know the Difference. The Connection Between Breathing and Blood Sugar Better Breathing for Cooling Down Hand Washing 101 Here Comes Pollen Season